Our website uses cookies, as almost all websites do, to help provide you with the best experience we can. Cookies are small text files that are placed on your computer or mobile phone when you browse websites.

Cookie options
Are you eligible for your first dose of the Covid vaccine?
Don't hesitate to get your vaccination. Find out if you are eligible and book 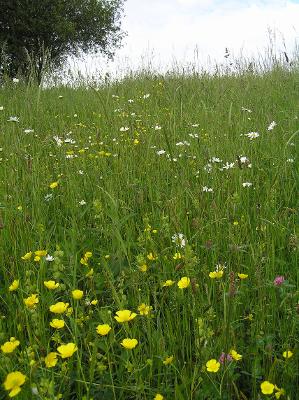 This site is located within a residential area and has no dedicated parking. Please avoid parking in front of residents properties.

This is a small nature reserve created on a former agricultural and coal mining site. Following the end of coal mining activities, the site remained derelict and unsafe for a considerable length of time. Reclamation works undertaken by us between 1990 and 1993 made the site safe and established the nature reserve. Since then we have managed the reserve and works have included annual late summer cut of wildflower meadow, footpath improvements, maintenance of signs and way markers and creation of a pond. ​ 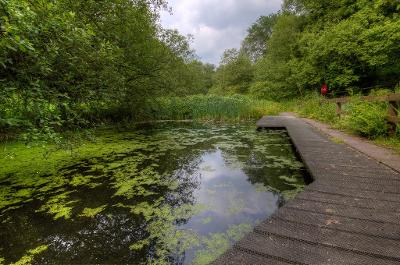 There is no dedicated parking for the site.

This 4.7 hectare site is a former railway cutting which links the village of Withnell, with Abbey Village. The area has been designated as a conservation area and forms an important wildlife corridor between the Nature Reserve at Withnell Fold and the West Pennine Moors. It is a Green Flag park.

Visitors enjoying the walk between the villages can expect to see a large variety of wildlife including the Grey Squirrel, Common Shrew, Weasels and Stoats. Bats are also thought to roost under the aqueduct at night. A stream, pond and marshy areas host a number of amphibian species such as frogs, toads and newts. The abundance of berries and insects accommodate a valuable bird rich habitat which includes Blackcap, Willow Warbler and Green Woodpeckers.

There is a Withnell Local Nature Reserve Working Day - First Monday of every month 10am till 2pm (except Bank Holidays). The group meet at the Fellstone Vale entrance.

Hic Bibi nature reserve is an 8 hectare site developed on a former clay quarry and brickworks.

The area is rich in wildflowers, dragonflies, and butterflies, is attractive to birds and provides habitats for mammals and amphibians. The different types of ground across the site have enabled a wide range of habitats to develop including ponds, dry and damp grasslands, scrub and mire vegetation. There are several ponds within the site which attract a wide variety of wildlife including the Great Crested Newt, Palmate Newt, Smooth Newt, toads and frogs. Birdlife is also plentiful and includes Meadow Pipit, Willow Warbler and the Grasshopper Warbler, which is rare. Other species of bird which can be seen at the site include Cuckoo, Little Owl and Goldfinch.

We and our partners developed the former clay quarry as a nature reserve in 1997. The enhancement scheme has made the site more accessible by clearing old rubbish, creating new ponds and paths and providing new planting, fencing and stiles. The key objective of our management works is that the special features are maintained and enhanced whilst the site is developed as a resource for the enjoyment of the community. 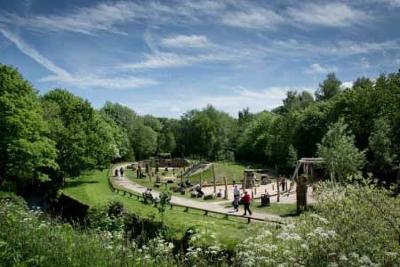 Top Lodge Nature Reserve was developed as a nature reserve in the mid 1990s on the site of a derelict reservoir. The reservoir originally supplied water to the former industrial complex at Birkacre, which closed in the late 1960s. The reservoir system is supplied with water from the River Yarrow via a stone weir situated some 200m upstream. In the years prior to its reclamation the reservoir filled with silt from the river which became vegetated with the species poor Reed Canary Grass.

In the mid 1990s following an ecological survey of the site, the opportunity was taken to improve the biodiversity of the saturated silt bed by creating a reed swamp of Common Reed combined with areas of open water. Wetland habitats of this type support a much wider range of flora and fauna and are rare locally and declining nationally. Recent works on the reserve include the construction of a hide with seating from which to view the site.

This Nature Conservation area is the site of the old effluent treatment plant that served the former industry at Birkacre. Since closure of the industry in the late 1960s the site, comprising a series of water filled tanks, has become overgrown and dangerous. The site does however support a diverse range of flora and fauna. In the mid-1990s work was carried out on the tanks to remove hazards, improve habitats and provide better access to the public.

Owing to the remoteness of the site and the presence of deep water the public are excluded from gaining access through the site although much can be seen from the viewing area. Exclusion of the public from part of the site also reduces disturbance to wildlife a problem that is evident in other parts of Yarrow Valley Country Park.